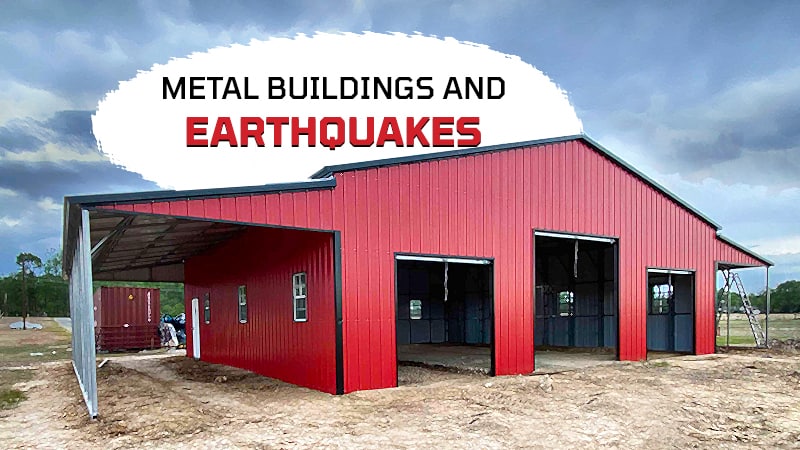 While often over the top, popular culture depictions of earthquakes are rooted in reality. Each year, earthquakes strike around the world, temporarily dominate the news cycle, and otherwise become the center of attention. The United States is no exception.

Natural disasters are as incredible as they are frightening. There’s a reason Hollywood has produced so many movies centered on the topic of natural disasters, including earthquakes. There is something that captures the human imagination, that piques interest, and that taps into the primal fight or fight instinct that we all have.

To better understand these natural disasters, how they are measured, and how investing in the right building can potentially save you from devastating damages, read on!

How Earthquakes are Measured?

Not all earthquakes are created equal. In fact, some earthquakes can be quite mild, while others can cause untold amounts of damage and loss of life. The difference between the two is the strength of the earthquake, which is measured and referred to in a variety of ways.

This is accomplished by accounting for and evaluating the speed of the waves caused by earthquakes. This simple observation can be used to determine just how powerful and long-lasting a particular earthquake is.

Developed by John Milne, seismographs quickly became a staple in the evaluation of earthquakes. A network of seismographs was even installed across Southern California in the 1920s!

This development in earthquake measurement attempted to use seismographs to quantify the relative size of earthquakes. Each step on the scale was related to the previous measurement and represented an earthquake with ten times the force.

Unfortunately, this method of measurement had several issues that proved it to be inaccurate. For example, it was not adept at measuring smaller and larger earthquakes, only those that fell in the middle of the scale. It was painfully inaccurate when an earthquake surpassed a 7.0 on the scale.

By improving on Richter’s scale, MMS brought a newfound accuracy to earthquake measurement, including large quakes.

As a result, the Mercalli Intensity Scale was created. This scale looks more closely at the damage caused by an earthquake. This 10-point scale, which has since been modified to 12 levels, gives a clearer picture of just how much damage an earthquake causes to human structures and the lives of those living in the affected area.

Those buildings in areas that are at risk for earthquakes will have to meet certain building codes to ensure they will remain strong and safe in the face of potentially deadly earthquakes. Steel buildings make it easy to meet these codes. In fact, through several tests and real-world events, most of the metal buildings have proven to be durable when enduring an earthquake, even one of severe magnitude.

In other words, steel structures, when compared to traditional buildings, makes an excellent choice for those living in areas that may experience earthquakes!

For the strongest steel buildings in the industry, turn to none other than Boss Buildings. As the top metal building dealer in the United States, Boss Buildings will work with you to ensure you receive the best quality custom building possible. No matter what your needs may be, Boss Buildings will facilitate the customization and buying process. Call today on (336) 673-3065.

Talk to Us Now For Best Prices on Steel Buildings for Sale. Financing & RTO Available.

Steel Prices Are Going Up
Talk to Us Now For Best Prices on Steel Buildings for Sale. Financing & RTO Available.
Why Buy Now?
(336) 673-3065